The mind behind the creation of Casino Schedule Ease.
Although confined to a wheelchair, Tony was never
deterred from being the best that he could be. 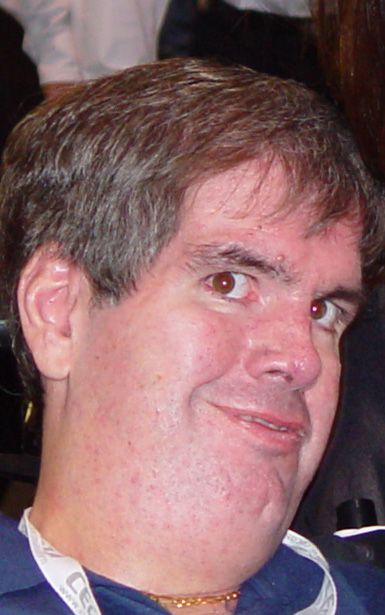 You may or may not be aware of the very sad news regarding my brother Tony; he passed away unexpectedly on January 18th, 2010. I cannot express in words how profound of an effect this has had on our family and me.

Tony conquered every obstacle life threw at him, without ever complaining. In fact, whenever someone would broach the subject of obstacles, Tony would immediately let them know that he had none!.. He never wanted to be reliant on anyone and was an entrepreneur on so many levels. Tony was the best brother anyone could ask for. He never complained and he was always willing to give of himself, whenever he could. Tony was hard working and extremely proficient in computer programming, as I’m sure many of you are aware (aka Genius as his friends knew him). Tony moved back home to New Jersey on December 17th 2009, it was great to have him home again as we celebrated Christmas for the first time as an entire family since he left for Vegas back in2001. We are all very grateful that he returned home. It was wonderful.

Tony’s passing has been emotionally painful for all of us family and friends. We will never forget him.

I invite you to read the article the Press Of Atlantic City wrote about Tony in 2001, this was right before he left New Jersey for Vegas, it explains much of his life and how he overcame every imaginable hurdle. The Grillo family members are better people because of Tony and it was the love of our parents and their tenacity that keep us strong. Please keep Tony in your prayers.
Sincerely,
Kelly Grillo

Casino Schedule Ease was founded by Tony Grillo in 1993.At first, there’s not much remarkable about that, until you are told that the only parts of his body Tony could move were his right hand and facial muscles. And yet, after taking a huge risk leaving a well-paid engineering job he was good at, he started out on his own as a computer consultant and went on to write a groundbreaking scheduling software program for casinos and their table games.

Tony was taken from us in 2010, 42years longer than doctors said he would live when he was born in 1962with a rare form of muscular dystrophy. But until that day, he lived the life of an entrepreneur who refused to beheld back by anything, or anyone.

Tony loved numbers from his earliest childhood. And when his parents demanded he receives a standard education, in the face of resistance from the local school board, Tony excelled beyond most of his peers. He did so well that he was accused of cheating at one point. Yeah – the guy who can only move one hand.

Eventually, he won a full academic scholarship to Stockton State College and scored a perfect 800 on the math portion of his SAT. 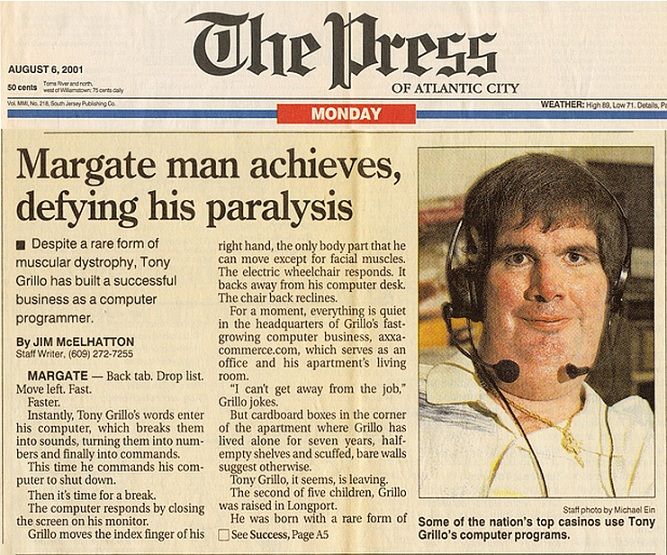 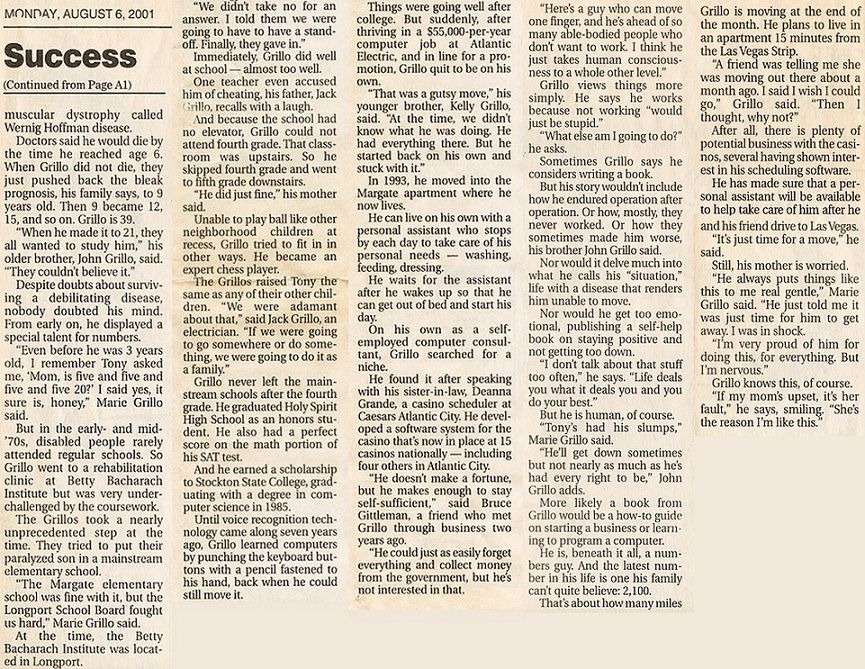 You can try Casino Schedule Ease free for three full months
enough time to see how it performs in a variety of high-stress scenarios. If you want to see how it works before you try it, schedule a free demo